Chosen from the Jury for the first round of  Falling Walls!

Breaking the Wall of dyslexia. A tool with the potential to change children life.

Titel: Detection and intervention of dyslexia. 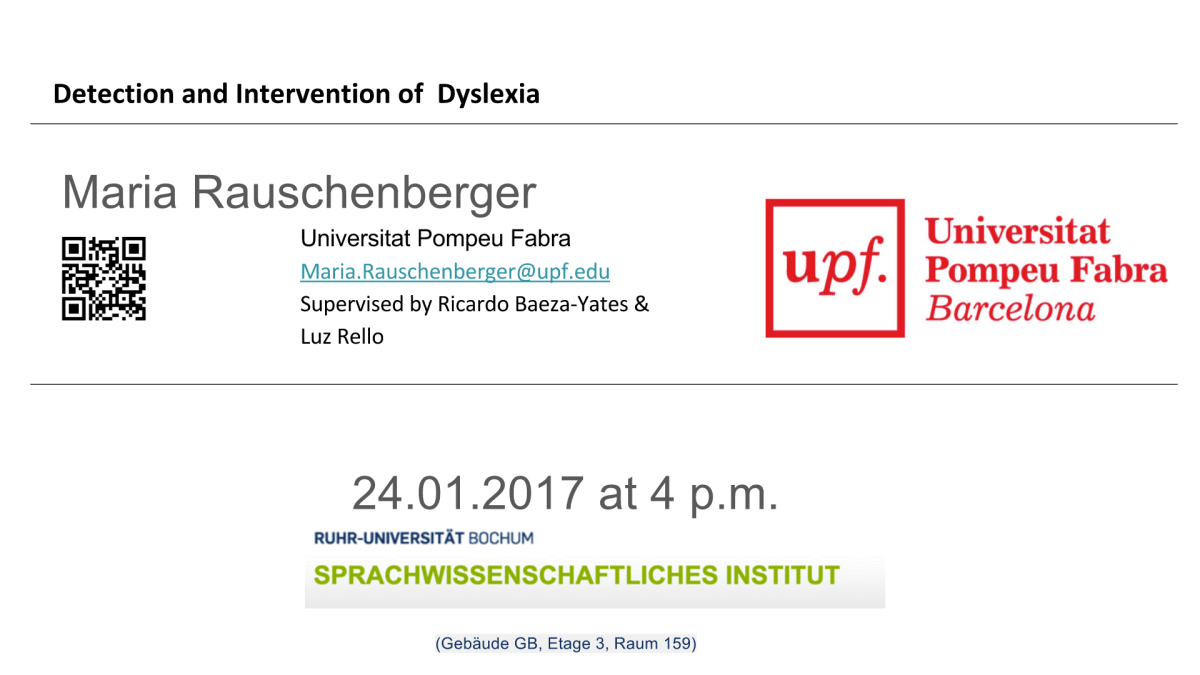 Titel: Detection and intervention of dyslexia.

Abstract: Dyslexia is a specific reading disorder, which is probably caused by the ‘phonological skills deficiencies associated with phonological coding deficits’ (Vellutino, Fletcher, Snowling, & Scanlon, 2004). A person with dyslexia has visual and auditory difficulties that cause problems in reading and writing (Deutsches Institut für Medizinische Dokumentation und Information, 2008). Dyslexia is frequent: worldwide, about 10% of the population and from 5 to 12% of the German students have dyslexia.

The problem is that children with dyslexia can learn the spelling of words or decode words for reading but they need more time to practice. For example, two years instead of one for learning how to spell phonetically accurate words (Schulte-Körne, 2010).

Therefore we will first show the power of misspellings for intervention and how a game can help children to decrease their spelling mistakes. We will present the annotation of the errors, the creation of the exercises, and the Dyseggxia application in German.

Finally, we show the concept of a possible and different approach of ‘How to predict dyslexia without linguistic features’.